Salmonella anyone?  Looks like the country’s largest source of salmonella infections comes from personal poultry.

From tainted pre-cut melons to pig-ear dog treats, there’s been a slew of recalls this year due to outbreaks of salmonella infections. Yet by far the biggest source of the bacteria hasn’t involved a recall at all. It stems from backyard flocks, the growing trend of raising chickens and other poultry for eggs and companionship.

Especially troubling is nearly a quarter, or 24%, of the illnesses involve kids. This year, there are “156 children under the age of five that have come into contact with poultry and gotten sick,” Nichols said. “Young kids are more likely to kiss, cuddle or snuggle with poultry and then may not wash their hands as thoroughly,” she explained.

Jeez, what disgusting dirty child abusers!  Anyone who’s watched chickens scratch and eat knows they’re the original Dirty Birds, and keeps their kids from using them as cuddly playtoys.  Amazing to see such backwoods trash behavior pop up in folks who ought to know better.

Chatty stuff about writing indie SciFi, with snarky political and cultural commentary.  Oh, and a great geeky sense of humor:

Update:  Francis turner says that cat complains too much 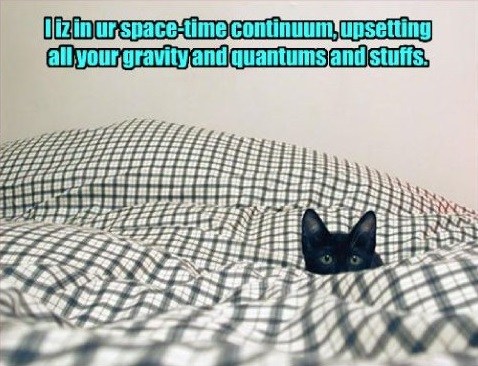 Beware the semi-erudite who thinks he is an erudite. He fails to naturally detect sophistry.

Nicholas Taleb off on a delicious rant.

Tip from Gary Jones, who did make the smallest peep of a comment (so I know he likes it).

*I’m more of an intellectu’all.  And I DO deadlift.

Every public hearing or lecture I have ever attended included a question-and-answer period that was spoiled by some tub-thumping doofus asking a series of rambling, pointless, or loaded questions.

Here’s a guide to asking questions that are pertinent and productive.  Not that even one doofus will read and heed it.

Tip from the Instapundit.

Brian Jay Stanley explains–better than I ever could–why I’ve been saying this for years.

Ben and Jerry’s Ice Cream is working furiously at exposing themselves as a gang of culturally tone-deaf jerks:

The company’s not worried about offending people with the name, said spokesman Sean Greenwood.
…
“Ice cream is closer to a fashion brand than a package good,” said Adamson, a managing director of Landor Associates, in New York. The flavor’s name will generate conversation and “getting word of mouth, getting buzz, getting interest, excitement is really important.”

Yeah, because nothing helps branding like having a carton of ice cream in the freezer whose name you’re embarrassed to explain to your 6-year-old kids.

Is this it?  Is this the kind of edgy, nuanced, transgressive “humor” we’re being exposed to by the same people who scold us for our carbon footprints?  This kind of juvenile outhouse humor is so old it has whiskers; it was half a century ago when we pre-teens were calling hotels and airports asking someone to page Ben Dover, and some other fellow named Jack…  But NOW.  Now it’s excitement, putting this sniggering crudity in the freezer case of the local supermarket.   All done by people who call my part of the world “flyover country.”  Just keep flying, you schmucks.